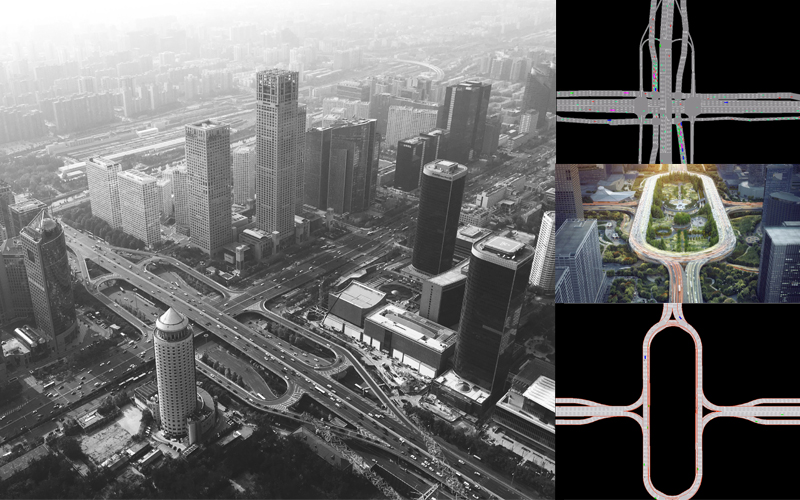 Guomao Intersection, a complex urban landscape re-imagined, is a great example of hybrid infrastructure, which can be adopted to similar cases of fast growing mega cities around the globe, to provide more human-centered places.

Jacob Walker illustrated his view for the Guomao Intersection – see the recent Yixi Talk (the Chinese equivalent of Ted Talks) by BAM, in which Jake recounted the complexity of the project site, its diverse users and the significant role of mobility consultants in such projects.

Systematica analyzed the traffic data collected from the site and modelled several infrastructure scenarios proposed by designers using cutting-edge micro simulation software. This provided the design team with an evidence-based assessment of each option.

See the link to BAM website to know more about the project.