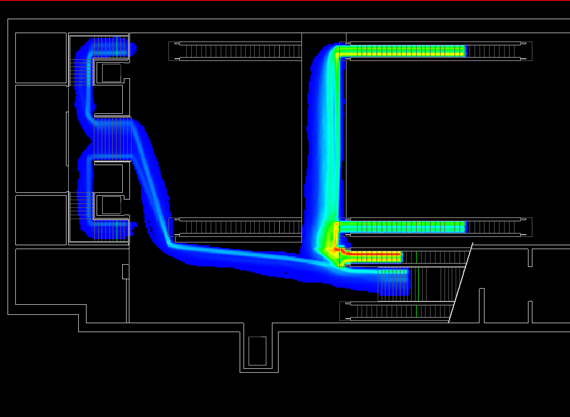 During the construction phase of the new metro bus line that serves the city of Brescia, it became clear the necessity of verifying a few elements of the functional layout of the Ospedale, Battista, Stazione FFSS, Brescia 2, and Volta stations.

Systematica was called to deliver pedestrian analyses in relation with the specific context of verification: the most critical element of the functional layout is indicated by the designers to exist between two subsequent escalators on the concourse level for the flow pertaining to the exit of users. At such level, the two major flows coming from the platforms merge at one escalator that leads to the mezzanine level, then allowing them to reach the ground level exit.

Simulations proved the presence of a dangerous bottleneck between the two subsequent escalators and that such phenomena only occur during the peak hour, and in particular when consecutive trains don’t respect the design headway, hence reaching the stations ahead of schedule.