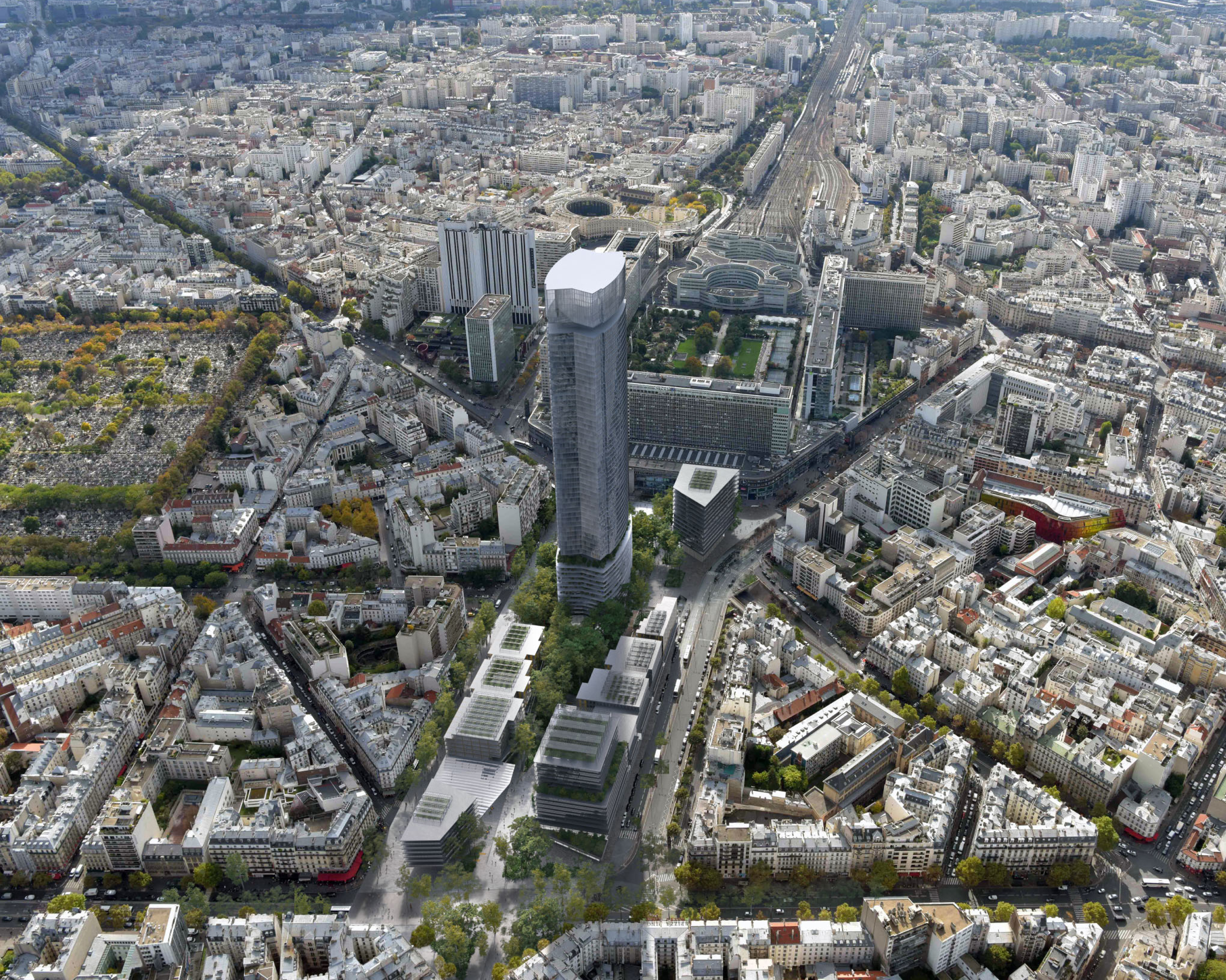 Aerial view of the proposed project

The Montparnasse district of Paris has undergone a series of transformations and piecemeal interventions over the years that have triggered the city to organize a competition for the regeneration of the area. The mandate is to re-consider both the public realm and the built structures while also producing a comprehensive sustainable vision of the 7 hectare area.

Systematica was awarded the project as part of an extended consortium led by Rogers Stirk Harbour + Partners. The proposed project touches on a series of elements, but places special focus on the importance of giving public space back to city users by questioning spatial relationships and the degree to which architectural typologies – construed 50 years ago – have become significant obstacles for todays’ urban planning. The intent of the proposal is to regain the central identity of the project area, which was lost because of the massive superstructures, slab architecture and disconnected spaces. The proposal simplifies the spatial reading and open the site to create a human-scale shaded space and strengthen connections that link the study area with the surrounding neighborhood following the desire lines for direct, short and intuitive routes. The proposal inverts the road proportions to 30% carriageway and 70% for soft mobility while introducing a new set of requirements such as shared street, comprehensive traffic calming measures such as downsizing road infrastructure, implement urban delivery hub, driverless shuttles, etc. 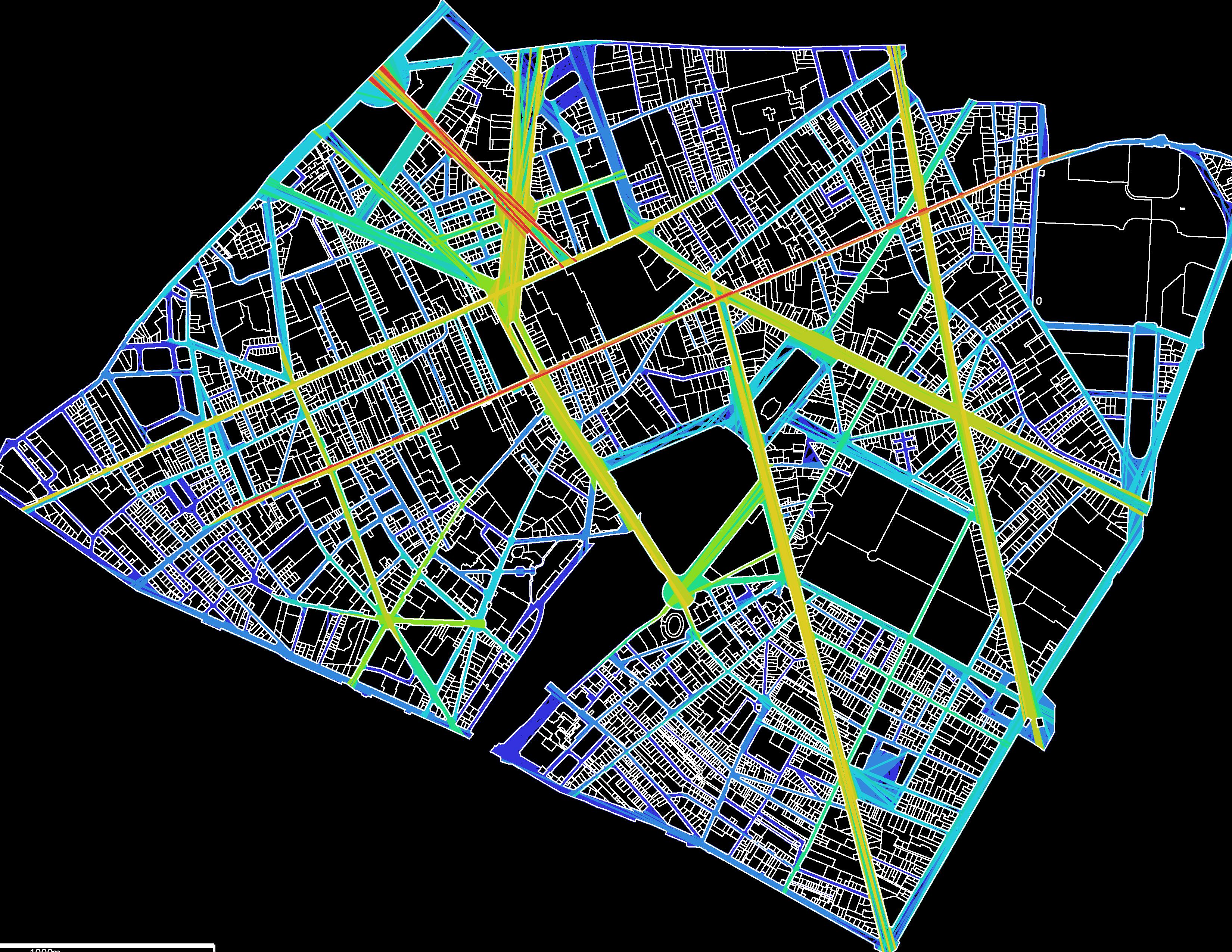 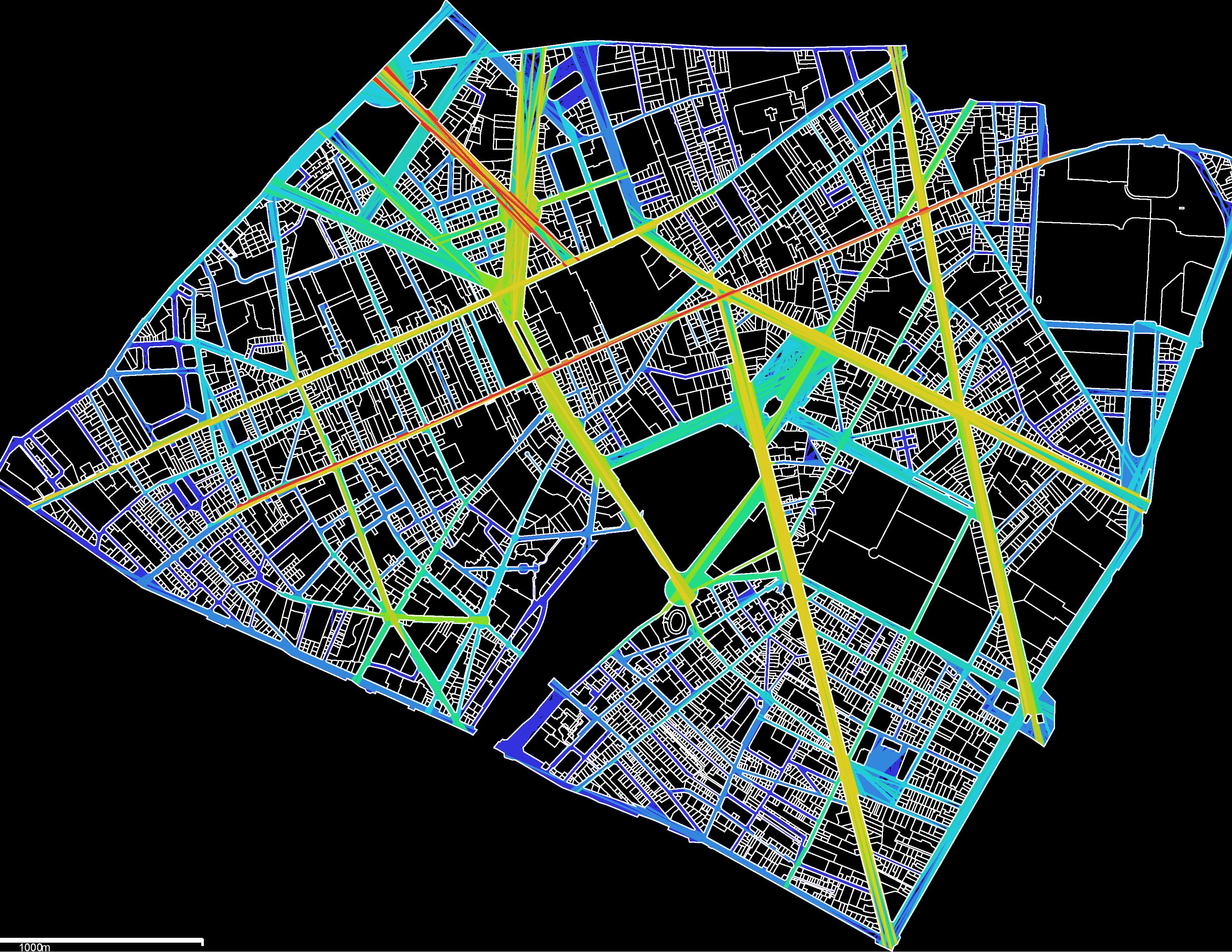