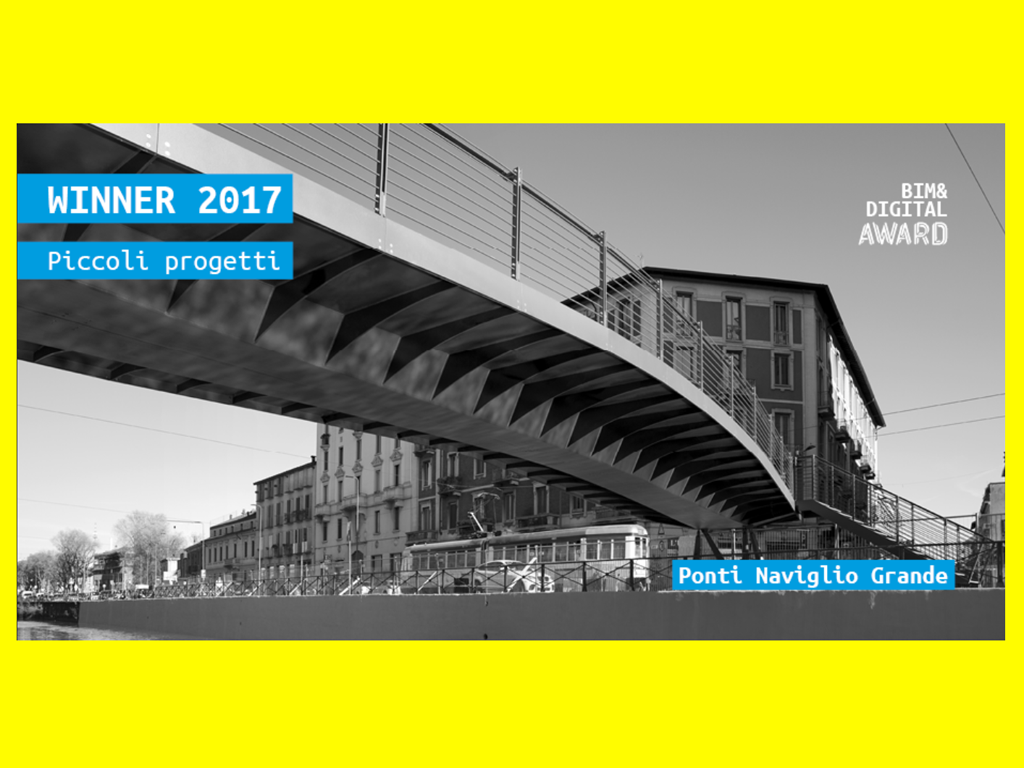 The two pedestrian bridges designed by Lombardini22, with the support by Systematica, are awarded with the BIM & Digital Award. The two bridges are located on ‘Naviglio Grande’, the largest water canal in Milano, and are part of a broader requalification project involving the whole ‘Navigli’ area.

In 2012, Lombardini22 and Systematica participated to the competition published by Metropolitana Milanese, and their proposal was awarded the first prize. In 2014, the works for the bridges started and, in 2015, the inauguration took place. Today, the two bridges are essential elements of ‘Navigli’ urban fabric, hosting the pedestrian flow(s) of one of the most lively and visited neighbourhoods in Milano.