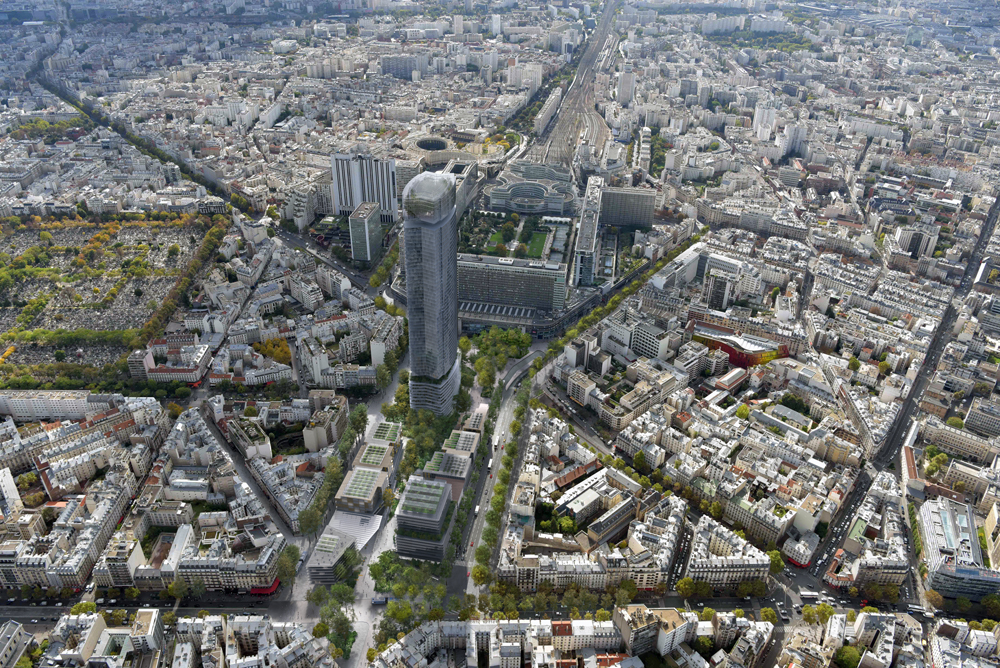 Systematica is a member of the winning team, led by RSHP (Rogers Stirk Harbour + Partners), for the regeneration project of Maine-Montparnasse in Paris!

In 2018, the City of Paris and the Real Estate Tour Maine-Montparnasse (EITMM) launched an initiative to transform the Montparnasse district.  The urban regeneration of the district is paired with the restoration of the Montparnasse Tower.  The transformation project will take place across 7 hectares from Rue de l’Arrivée to Rue du Départ and will consist of major reconfigurations in both public and private urban space.

The current Montparnasse district is a typical example of the “slab architecture” of the 1970s that has often caused disruption with the surrounding urban context and created a dysfunctional system of connections.  One of the main missions of this new project is to rethink the previous typologies and align the regeneration with current ambitions to create a more permeable, green, and continuous public realm.  It also proposes the ambitious extension of Rue de Rennes to the Montparnasse station in order to enhance the city’s urban fabric.