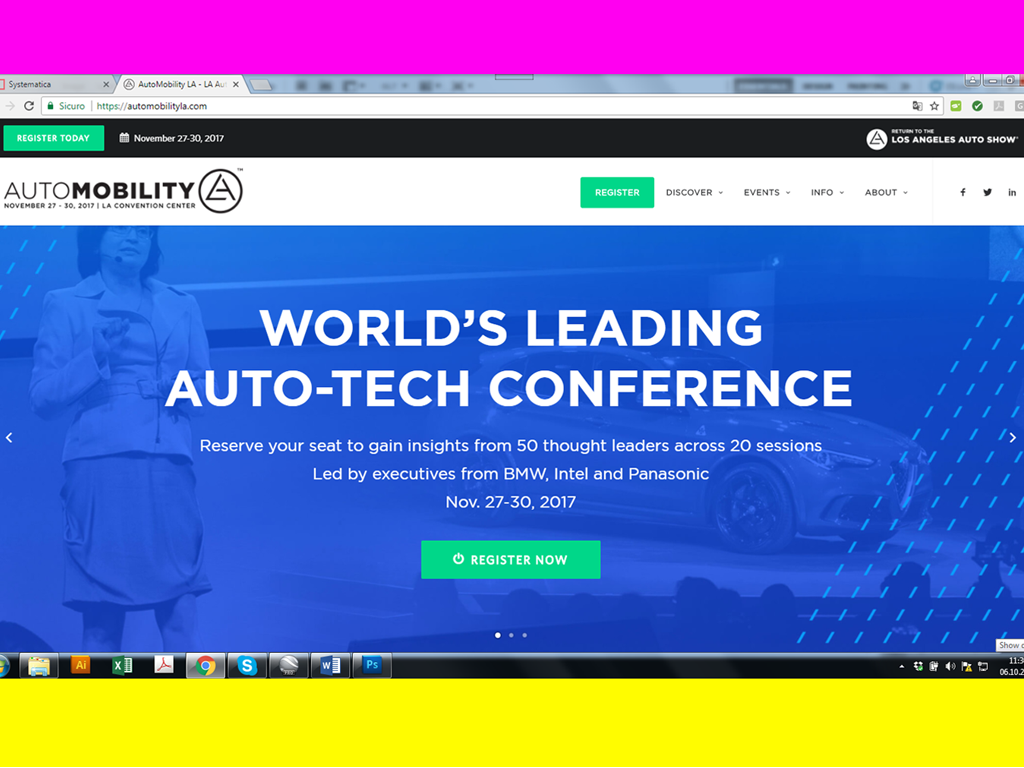 Systematica was recently selected to compete in this year’s AutoMobility LA Design & Developer Challenge presented by Microsoft. In particular, Systematica will compete for the following two awards “Industry Pick” and “People’s Pick.” Of the pool of participants, five teams will be selected by a panel of judges to present their concept live onstage during AutoMobility LA for a chance at winning the “Judges’ Pick” award.

AutoMobility LA will take place in LA, between 27 and 30 November 2017. During the four days of the event, press and trade event will bring automakers, tech companies, designers, developers, startups, investors, dealers, government officials and analysts together in Los Angeles to unveil the future of transportation in front of media from around the world.

More information about AutoMobility LA are available on the official site of the event.