Systematica Unveils Its Research on Big Data at Google in SF 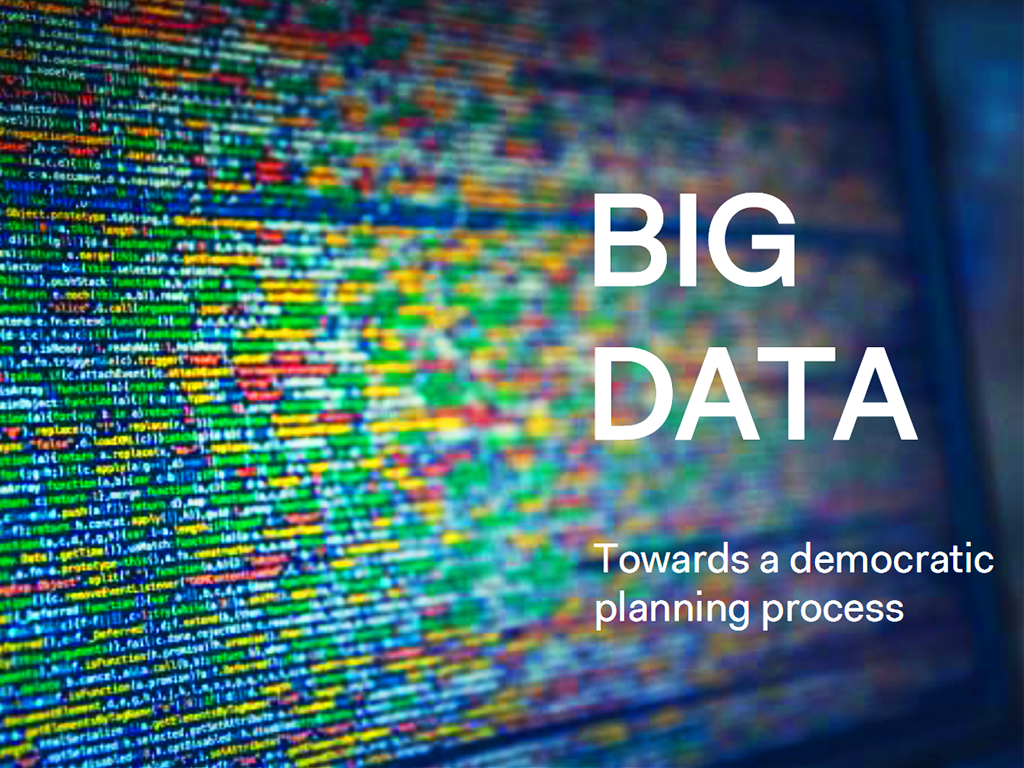 On October 12th, Systematica presented informally its research on the effects of big data on planning methods and tools at Google’s headquarters in San Francisco. The presentation unveils one of a series of research topics that Systematica is unceasingly developing through its involvement in a number of projects on city and national scales.

The presentation, entitled “How the available (big) data we use is changing the way we plan cities?”, addresses the evolution of the planning process and the convergence of the lengthy planning and validation processes into micro cycles that fuse the two traditionally-distant steps into a single and continuous corrective mechanism. This poses reflections on the role of the planner and the degree to which this evolution could generally represent a step towards a tangible increase in democracy in city planning.

HOW AVAILABLE (BIG) DATA IS TRANSFORMING THE WAY WE PLAN CITIES?

Witnessing the transformation in city planning methods and tools, and more generally in approach, as a consequence of the fast evolution of data access, processing and collection through communication devices and digital platforms, deserves to be recounted from the point of a view of a city planner. After years in which urban and transportation planning practitioners had thrived for participative and collective involvement, the evolution of data availability has put city issues, and particularly urban mobility, at the centre of almost every argument. This fast revolution however has posed a new challenge and, perhaps, a threat to traditional approaches and outdated manuals, questioning the extent to which big data and the huge amount of information we are able to access to, store and analyse will change the way we plan cities or, perhaps worse, deconstruct the very concept of planning that will occur gradually as the distance between planning and verifying planning results will be reduced to a micro cycle, a self-corrective planning mechanism that autonomously leads to system equilibrium.
In this presentation, reference will be made to different applications of the big data we are analysing during our everyday planning practice to construct a body of evidence on how the practice had already entered into major transformation to eventually change the way we plan and the planner’s role who, in turn, will become a democratic interpreter of data rather than a prescriber who bases her/his knowledge on parameters of the past.

The big data we are analysing is showing a new geography of our cities and their endless extensions. The logic behind does not consider confines set by central states, regions, counties or municipalities. City boundaries and edges are redefined according to other traits, produced meticulously by an invisible hand over time, that divides the territory per income, per race, per education levels, per long-distance-versus short-distance commuters or by an infinite number of generated geographic confines, on purpose or not, that will lead to intrinsic dis-equilibriums to today’s cities which will be unveiled by the methodic extraction of information.

The big data we are analysing is also establishing a common code of understanding among all planners across the globe. Reading across cities as we pan on Google Maps or as we read through detailed mobility data manifests a language that is common and simple: distance, travel time, mode of transport, mobility profiles, etc. Using common global measurement units will eventually enable planners to set universal living standards, while respecting the specificities of every context, that are based on common indicators and normalized values.

The big data we are analysing is also helping us to get closer to understanding human behaviour. Planners have often worked with professionals from other disciplines, with the aim to dissect city population in order to understand the logic that drives certain behaviours and decipher their order for influencing them. Today, our capability to understand personal preferences based on access to navigation patterns might seem a breach to the laws of privacy however its constructive use will allow us to understand further the underpinning motivations and cause for certain human behaviours, and consequently understand how to influence them.

The big data we are analysing is also revolutionizing mobility offering and opening the possibility for the birth of “sharing”, thanks to the information platforms we have developed and subsequent increase in connectivity. This had affected the very principles of traditional transportation engineering and the entire science of predictability which until five years from today where confined within preset algorithms.
The big data we are analysing is also pushing the market towards a revolution in the technology that supports the new ways in which we consume mobility. The manifestation of this phenomenon in the automobile industry is the need to make vehicles autonomous, detached from their owner, scarifying ultimately ownership for the service of everyone.

To conclude, the big data we are analysing will eventually increase democracy in planning processes and will redefine the role of the planner, from the prescriber to the interpreter. Participation will be partially substituted by a continuous flow of information, including thoughts, opinions and aspirations regarding the future of our cities. The planner is then there to observe, listen and interpret rather than analyse and prescribe. Decision making processes are most likely to change and the static and obsolete manuals that dictate transformations will be substituted by information flows that enrich our dataset continuously, focusing efforts on predicting change and understanding deviations of trends and behaviours with time.
Perhaps the above is overestimating the potentials of the advancement of information technology and system connectivity and its ability revolutionize the city planning process, however we already possess a good amount of evidence that this revolution will not stop here and needs to be tamed and steered for a safer landing (if it will ever land!) and a seamless transition from the traditional approach, as the time difference between cause and effect, in planning processes, will most likely be reduced to nil.