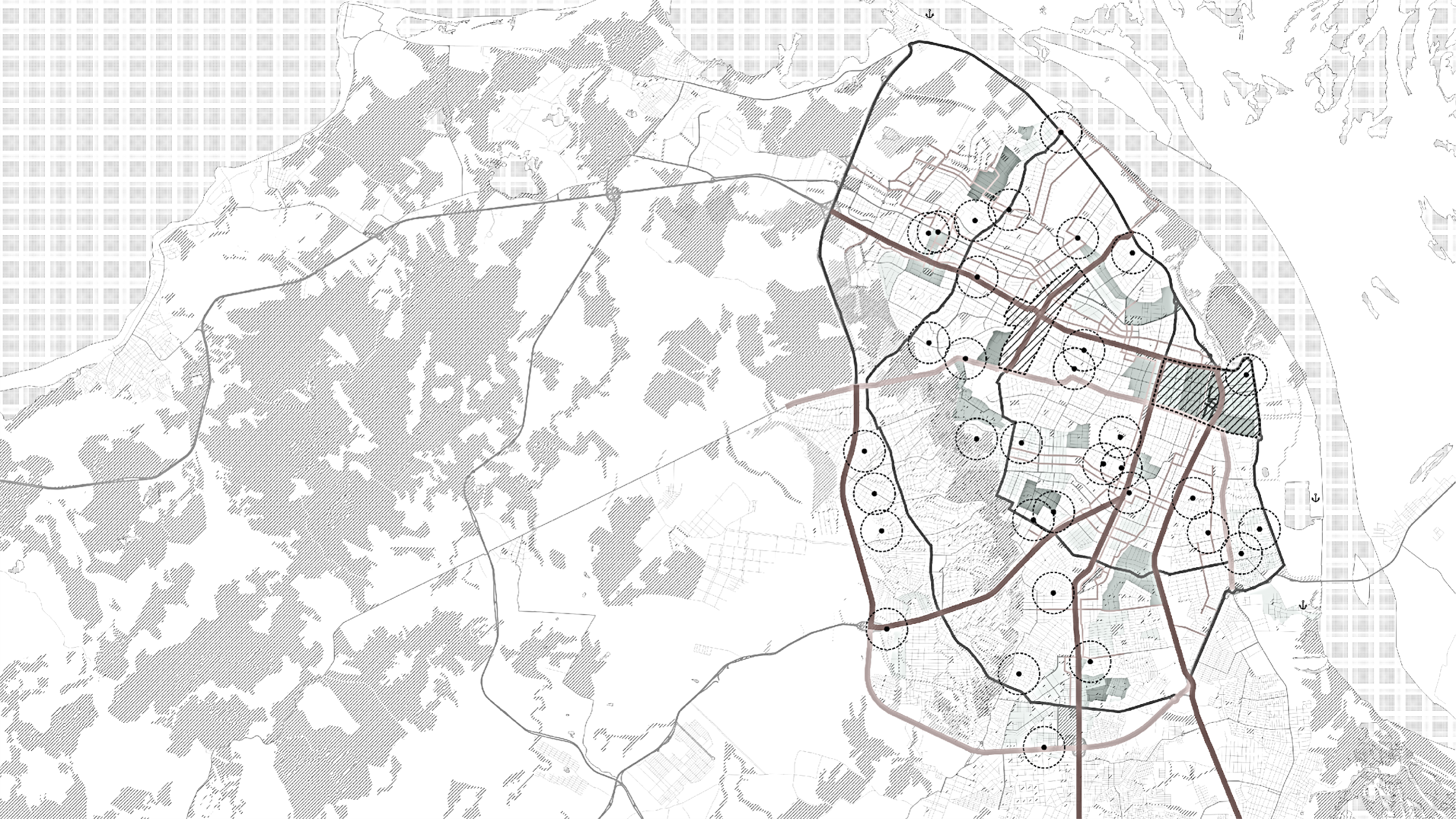 Alongside urban expansion projects to accommodate its growing population, Barranquilla aims to regenerate its existing urban fabrics and review its urban mobility plans to become a more livable and sustainable city.

Systematica developed the mobility visions and strategies for Barranquilla, which would allow it to reach its ambitious goal of becoming a sustainable and resilient city of reference. In this regard, it has conducted an extensive diagnosis and benchmarking of the cities’ best practices and their mobility priorities worldwide and has identified four mobility pillars as part of the vision for Barranquilla: accessible, safe, active and innovative.

In response to the Municipality’s desire to act rapidly, Systematica has transformed the multimodal long-term visions and proposals into short-term initiatives for a quick turnaround, introducing tactical urbanism as a traffic-calming measure for neighbourhoods and enlarging the public realm for social interactions. Finally, it has also implemented temporary services following the concept of the 15-minute city.

Design guidelines aim to create streets for all: highly accessible, multimodal, safe and activated. The main objectives are to make the streets complete, child-friendly and cycle-friendly. 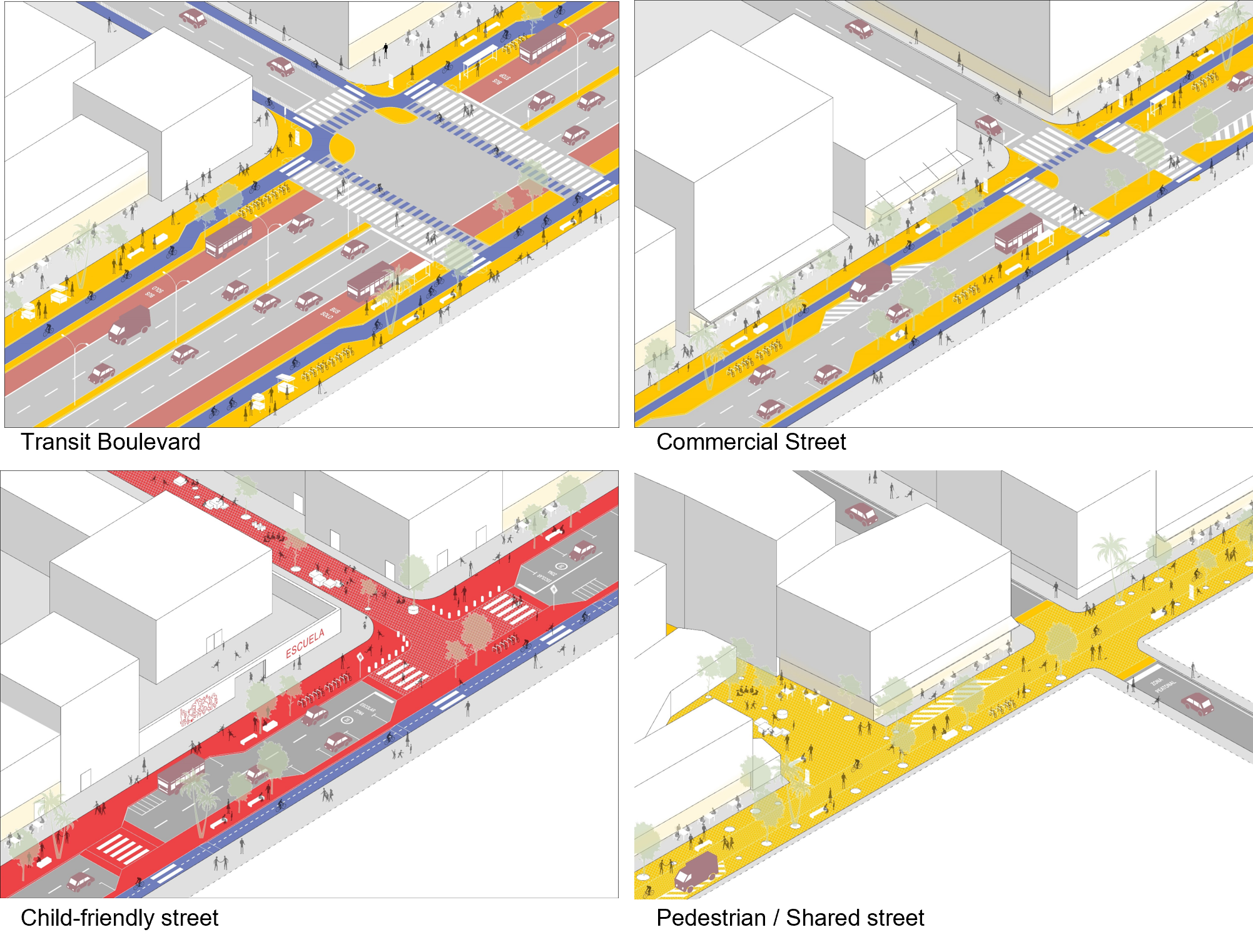 The correlation between the Right-Of-Way (ROW) and the sidewalk width is analysed to evaluate the potential strategies to retrofit the streets. 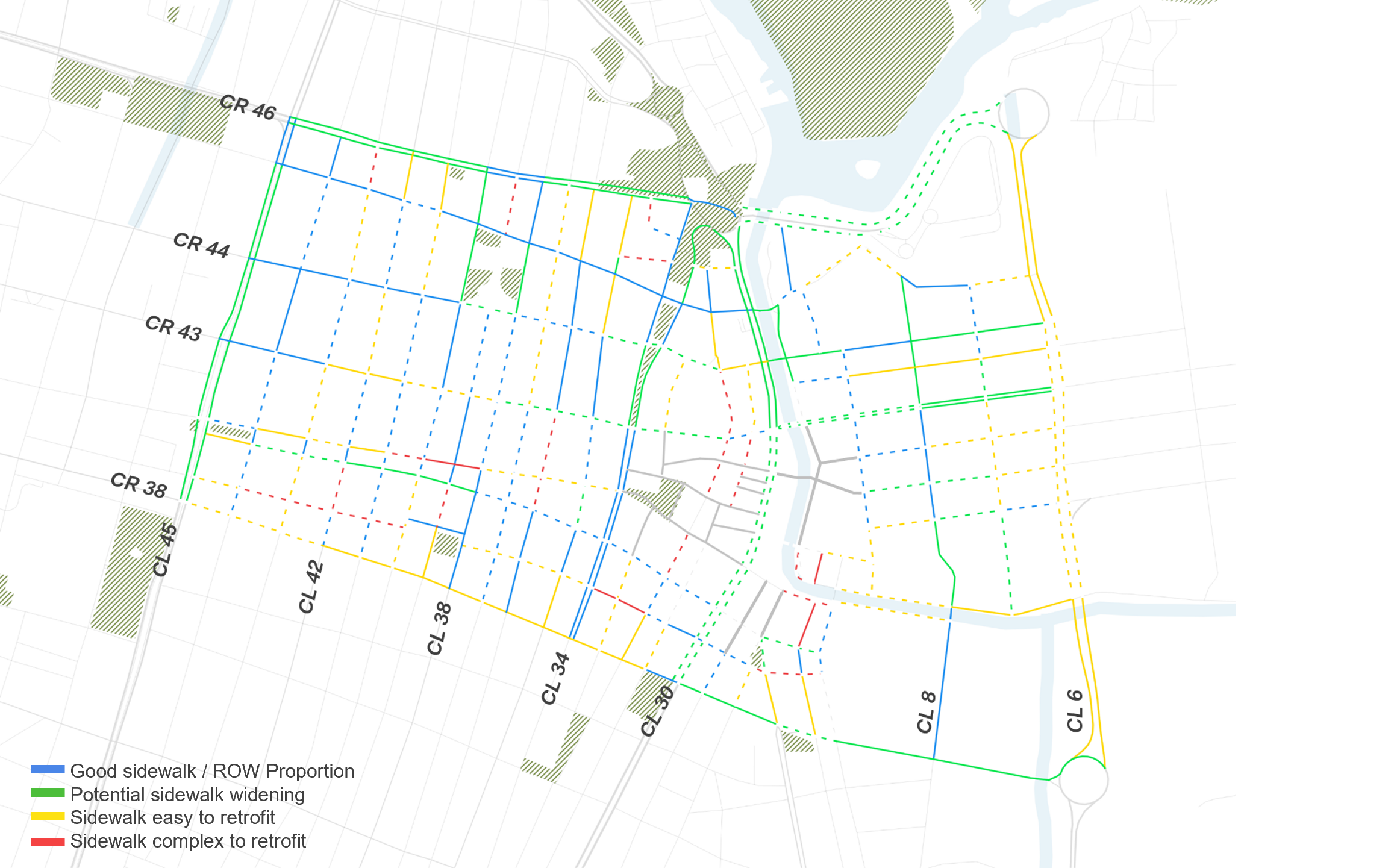