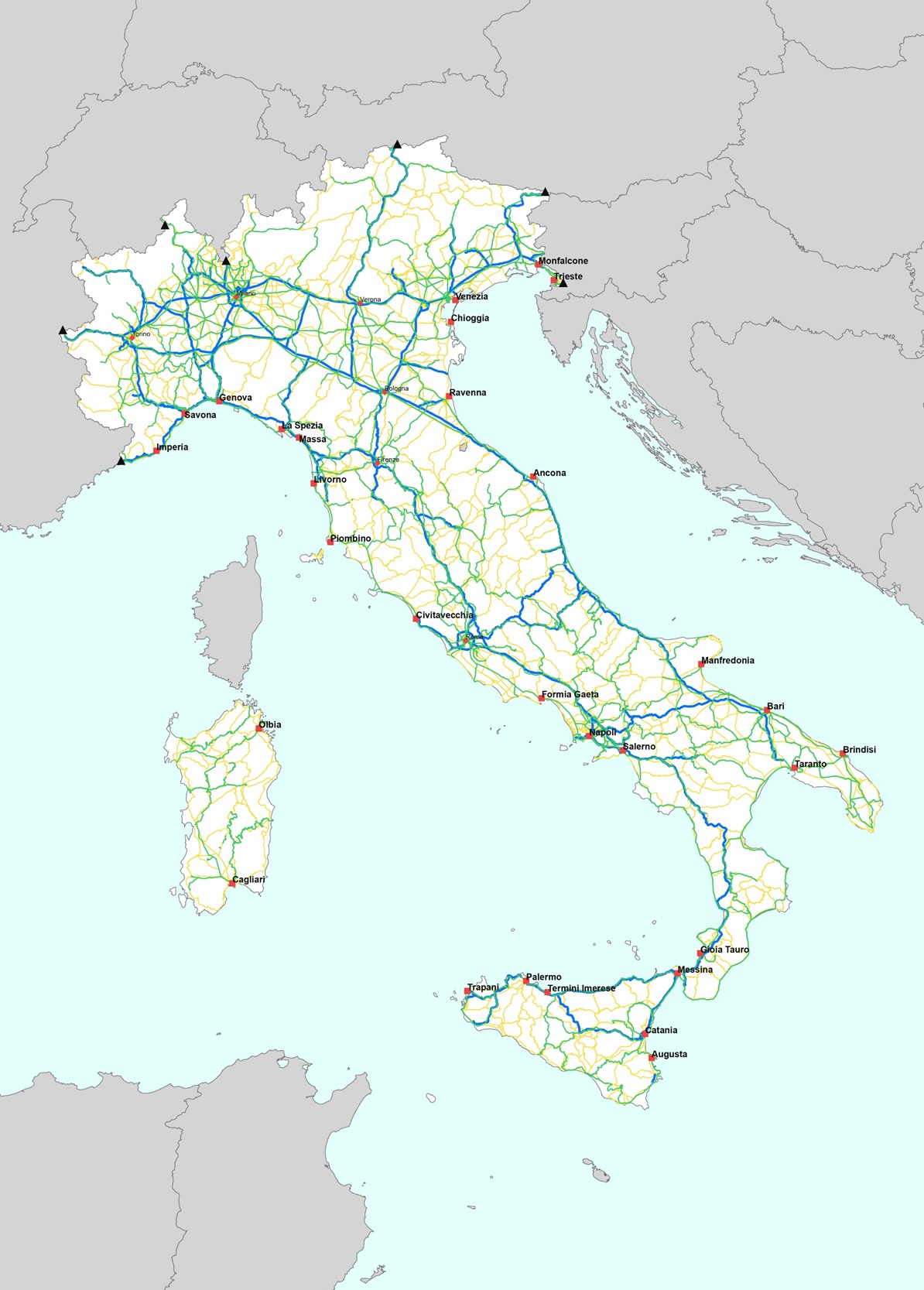 The analysis was carried out using different and independent modules that are connected with general reason, which brings back at an articulate Master Plan of the structural intervention. The study’s structure, following the ambits defined by the Client’s guidelines, characterizes the work subjects. The analysis was developed according to the following phases:

• Diagnosis of the existing, under constructions and planned land infrastructures;

• Territorial accessibility valuation determined by the existing infrastructural network and the future network for each area under project in relationship with the existing territorial condition;

• Comparing valuation of the right sites in terms of location for the Sea Motorways terminals; finding out the existing nationwide and community political rules;

• Implementation of an interactive system with the aim to realise a cartographic delineation of infrastructure;

• Valuation of the impact and the critics of the sea transport system of Mediterranean area oriented for the program “Sea Motorways”.

The main goal of the research was to give to the Client a comprehensive outline of the infrastructure, with the aim to realize a Master Plan for the “Sea Motorways” Programme.