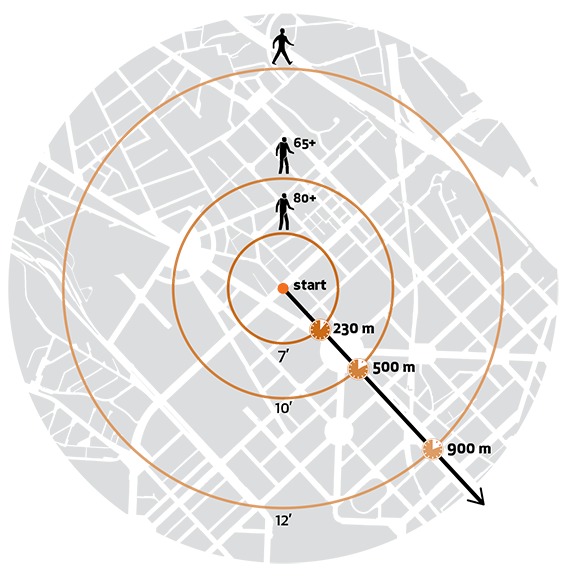 Walking Speed and Distance according to Pedestrian’s Age

Shaping Ageing Cities responds to two key issues: the global population is ageing at an unprecedented rate, and the global urban population is now larger than the rural population. In 2050, 70% of the world’s population is predicted to live in cities, and the number of people aged over 65, are expected to triple to 2 billion, representing 22% of the total. In 2050, for the first time in human history, the number of older people will be greater than the number of children under 15 years old. In Europe, the shift is dramatic, especially in Spain, Portugal, Italy and Germany: the countries where the ten most aged major cities in Europe are located.

Shaping Ageing Cities is a comparative overview of the structure, both social and physical, of 10 selected cities, referring to population ageing data and reflecting through the lenses of society, mobility, built and digital environments. This was possible thanks to the strong multidisciplinary team involved which, apart from Arup, includes HelpAge International, Intel ICRI Cities and Systematica. A comparison among the trends and patterns of 10 European cities – analysed through the overlap of thematic maps showing ageing data with other urban data – is the basis for further investigation of the relationship between politics, planning and ageing.

The final report of Shaping Ageing Cities is available at the following link: https://www.arup.com/publications/research/section/shaping-ageing-cities

In 2050, for the first time in human history, the number of older people will be greater than the number of children under 15 years old. 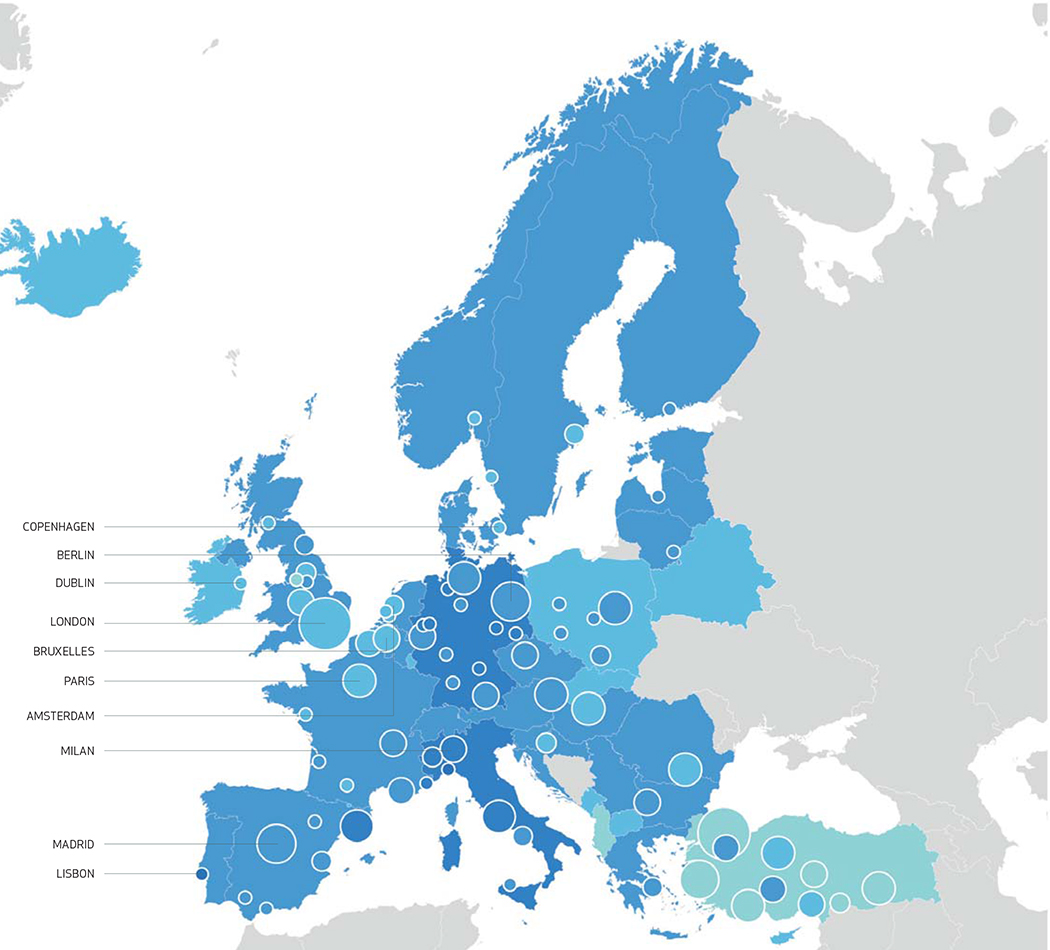 The Ageing Trend in Europe

What are the major features of elderly’s mobility? Systematica tries to answer the question by focusing on 10 European case-studies. 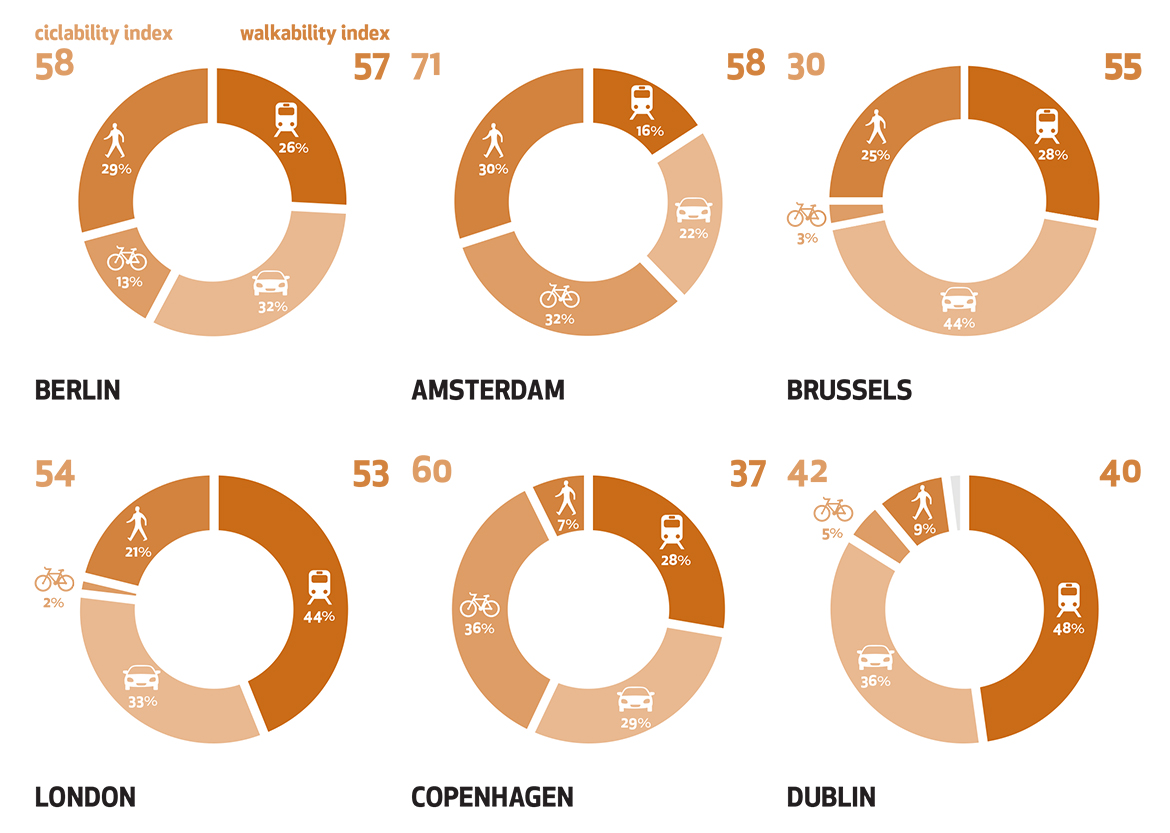 Transport Modal Splits at Comparison for the 10 European Case Studies 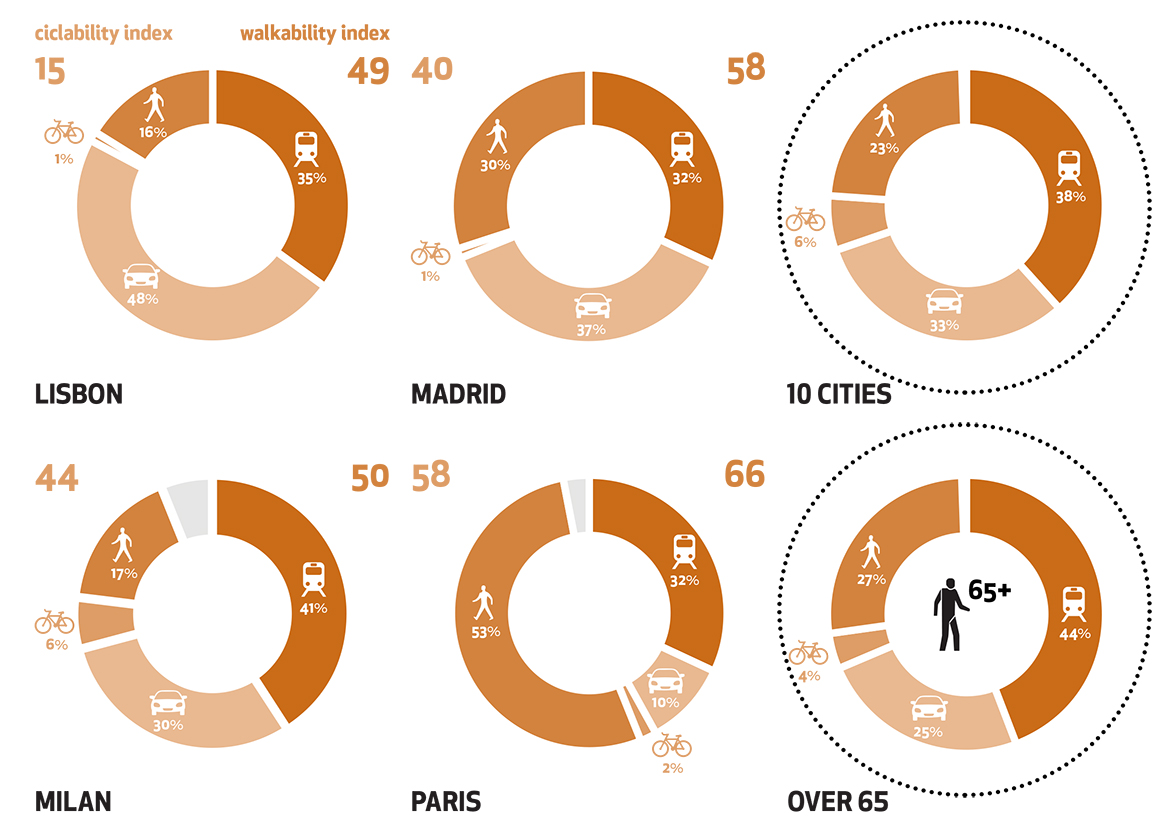 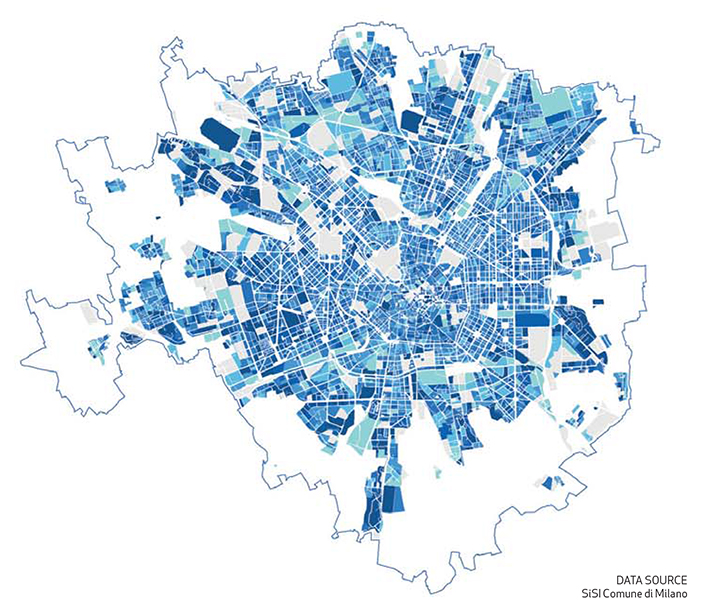 The Ageing Population in Milan and its trend 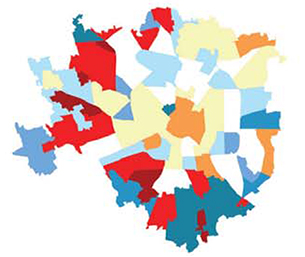