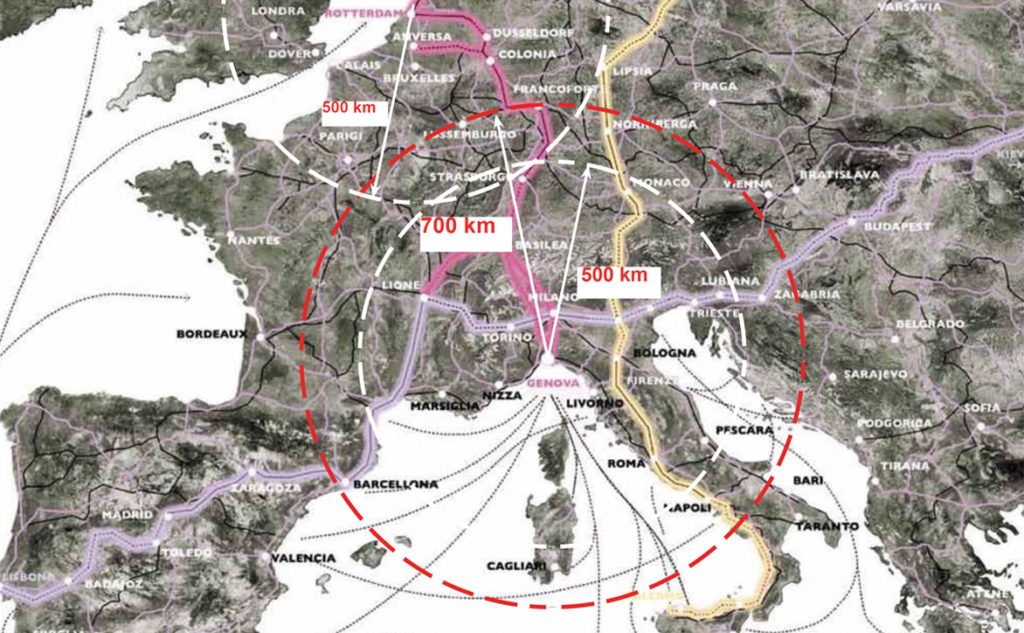 The Port of Genoa is a major multi-service seaport and Italy’s busiest by cargo tonnage. A mass amount of traffic converges to deliver a variety of goods, cargo, and ferry passengers. The infrastructure to support the forwarding of goods is now in crisis due to problems in the road system and the existing railway connectivity is not sufficient to compensate for the gap.

In 2018, Systematica, along with Ansaldo STS (today Hitachi Rail STS), Arup, Bain, Gruppo Clas, and REconsilia produced a study examining a railway connection to the northern area of Genoa to increase the capacity and reduce the fares.

The study showed that with a cost of less than 12 billion euro it’s possible to create a fast connection from Genoa, passing by Milan, Lugano, and through the Alp Transit tunnel to arrive in Zurich. This connection is likely to generate an increase of nearly 10 billion euro in new revenues.