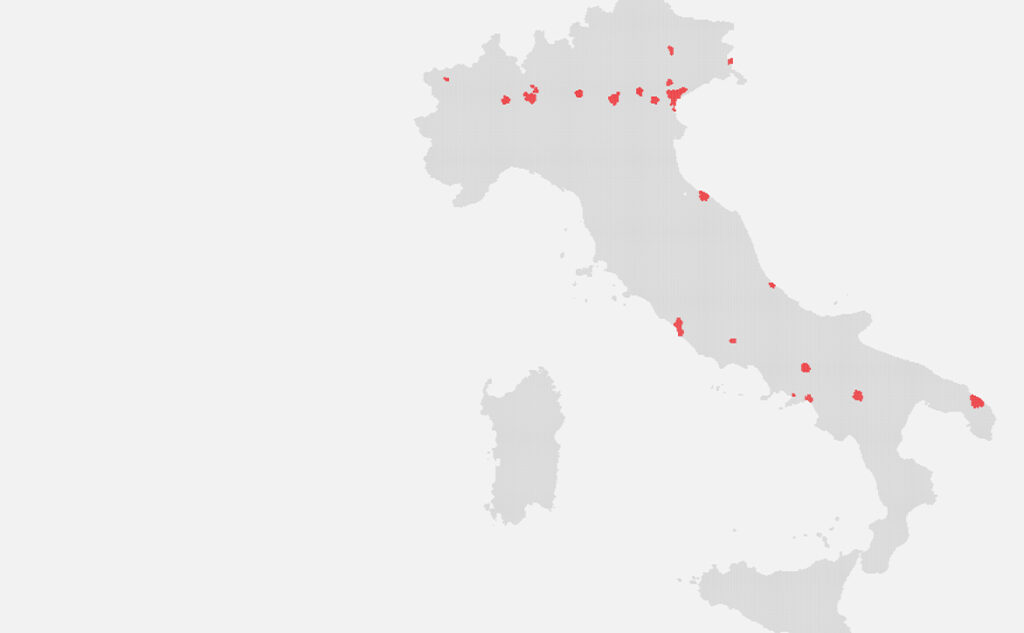 During the last years, a massive investment program in the railway infrastructure has been launched in Italy by Rete Ferroviaria Italiana (RFI), including investments in new railway corridors, the existing infrastructure upgrade, and most importantly, the refurbishment of 600 of 2.200 priority stations scattered across the national territory by 2026.

RFI’s strategy aims at transforming existing railway stations into intermodal nodes and services hubs by upgrading their mobility role defined by their connection with the urban environment, positively influencing the redevelopment of urban districts. Well-integrated and strategically located within the urban ecosystem, railway stations are in fact capable of positively driving the regeneration of entire districts.

Systematica supported this vision, giving specific technical support in the use of updated and modern design methodologies based on quantitative analysis and a deep site-specific qualitative understanding.

Systematica worked closely with the RFI unit Direzioni Stazioni on the refurbishment strategy development of more than 40 railway stations across Italy and provided a wide array of consultancy services, operating at multiple scales: reinforcement of the multi-modal accessibility system and key urban connections of the stations at an urban scale; identification of challenges and design options proposals to optimize the layout of the surrounding areas and the services provided taking into consideration the public realm, at a master plan scale; architectural layout analysis to assess the operational level of transit areas and identify the proper localization of the facilities at a station-level scale.

Many projects have recently been completed and publicly presented, including the Venezia Mestre station, contributing to the advancement of the railway infrastructure in Italy.