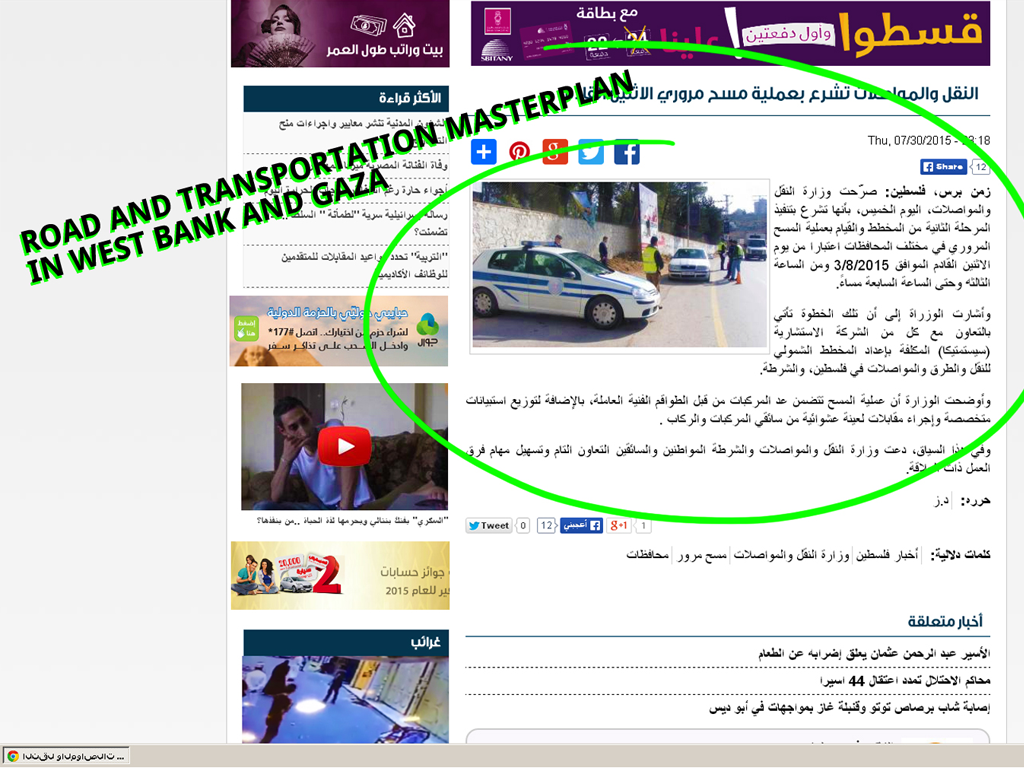 This is carried within the framework of the “Roads and Transportation Master Plan in West Bank and Gaza” Project financed by the European Union (EU) and contractually managed by the European Investment Bank (EIB).

The Project is still ongoing and is expected to be completed in the early to mid 2016.